Jackotype, 2017
Photograms of fruit, branches, seeds and leaves of the jackfruit (Artocarpus heterophyllus), cyanotype on cotton and viscose
size variable

For Cinnamon Colomboscope 2017 with the title “Re-Evolution“ Kovacovsky worked with the jackfruit tree. Impulse gave a childhood memory of her late dad bringing back the fruit from the Seychelles in the 90s. The Jackfruit, a plant from the mulberry family, native to Southeast Asia, can be up to 45 kg in weight and has a de ning scent and shape. Kovacovsky is particularly fascinated by recent research that suggests the plant could be a replacement for wheat, corn and other staple crops under threat from climate change, as the tree is very drought resistant.
Kovacovsky used the Cyanotype technique to create a series of works on fabric exposing parts the Jackfruit tree. Kovacovsky worked on the platform of the former Colombo Terminus Station, using one of the boxcar wagons as a darkroom and the platform as a place to expose her prints.
The Colombo Terminus Station was the primary railway station in Colombo build by the British in the 1860s in about the same decade the Cyanotype technique was invented by John Herschel in 1842 in Britain. Cyanotype, also known as blue printing, is a photographic printing process, producing cyan-blue prints. With this technique the artist depict various plant parts of the jackfruit such as its fruit, leaves and the tree itself. The work is an intuitive collage that re ects on the relationship of the jackfruit and humans. 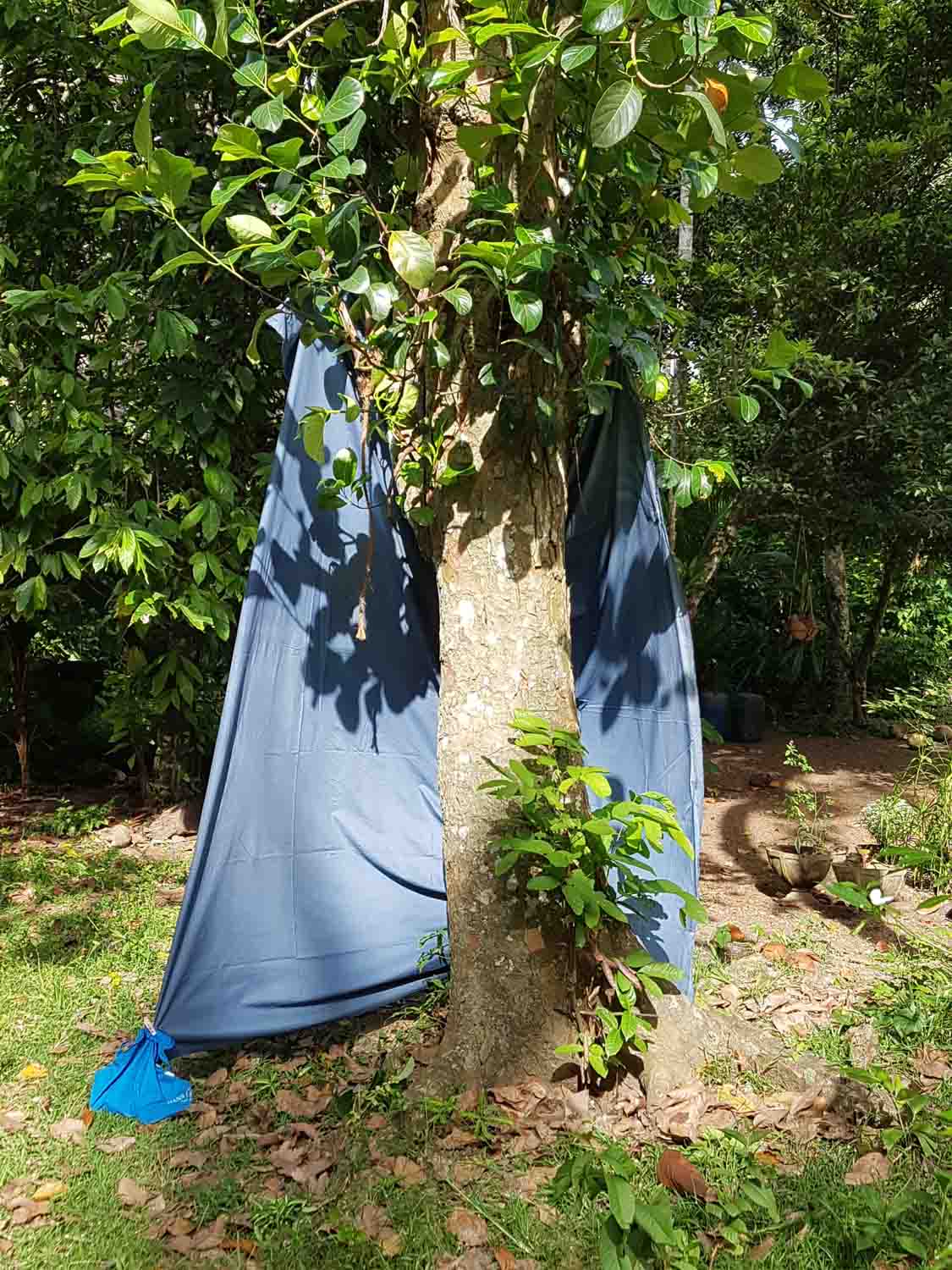 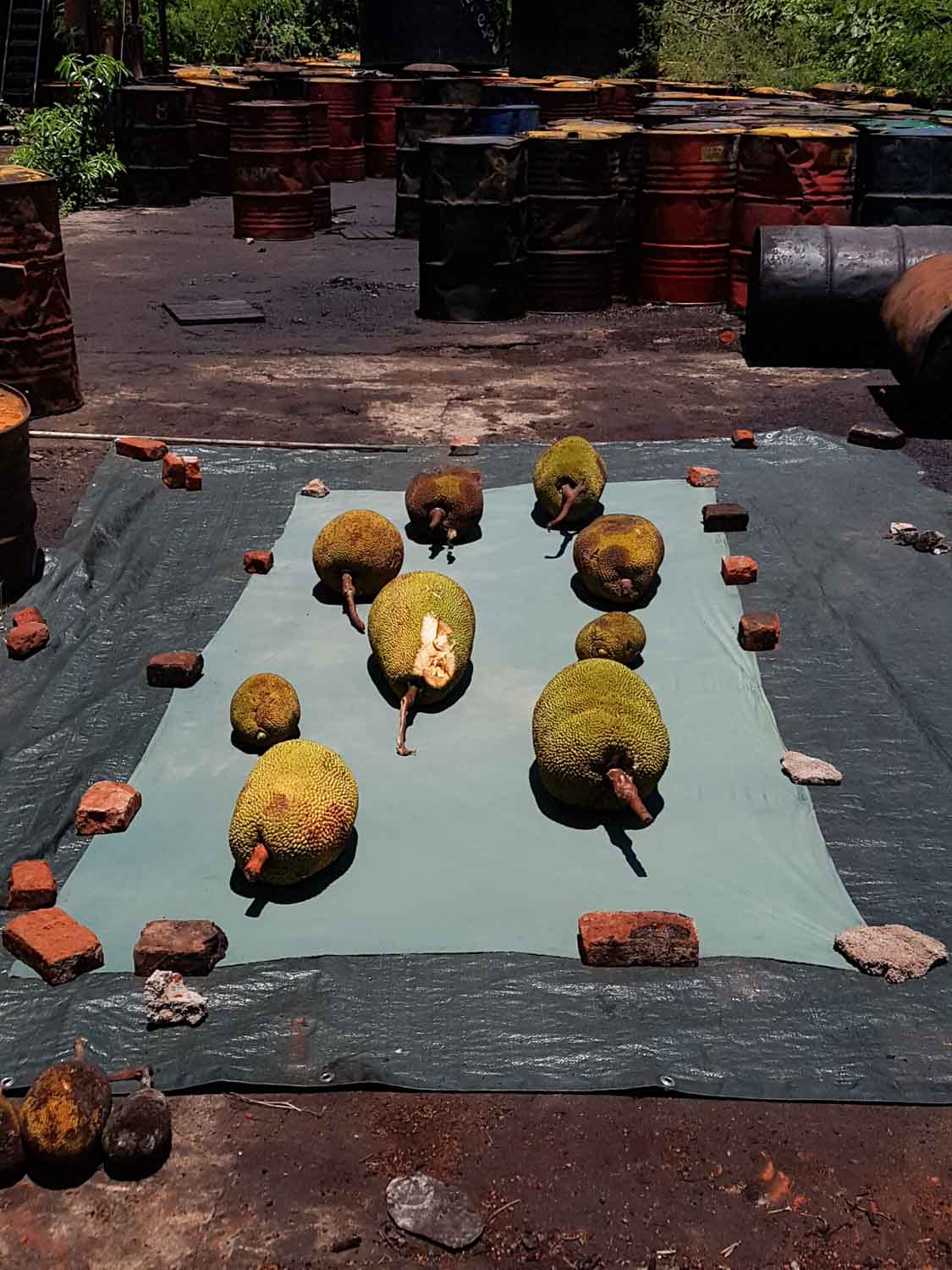 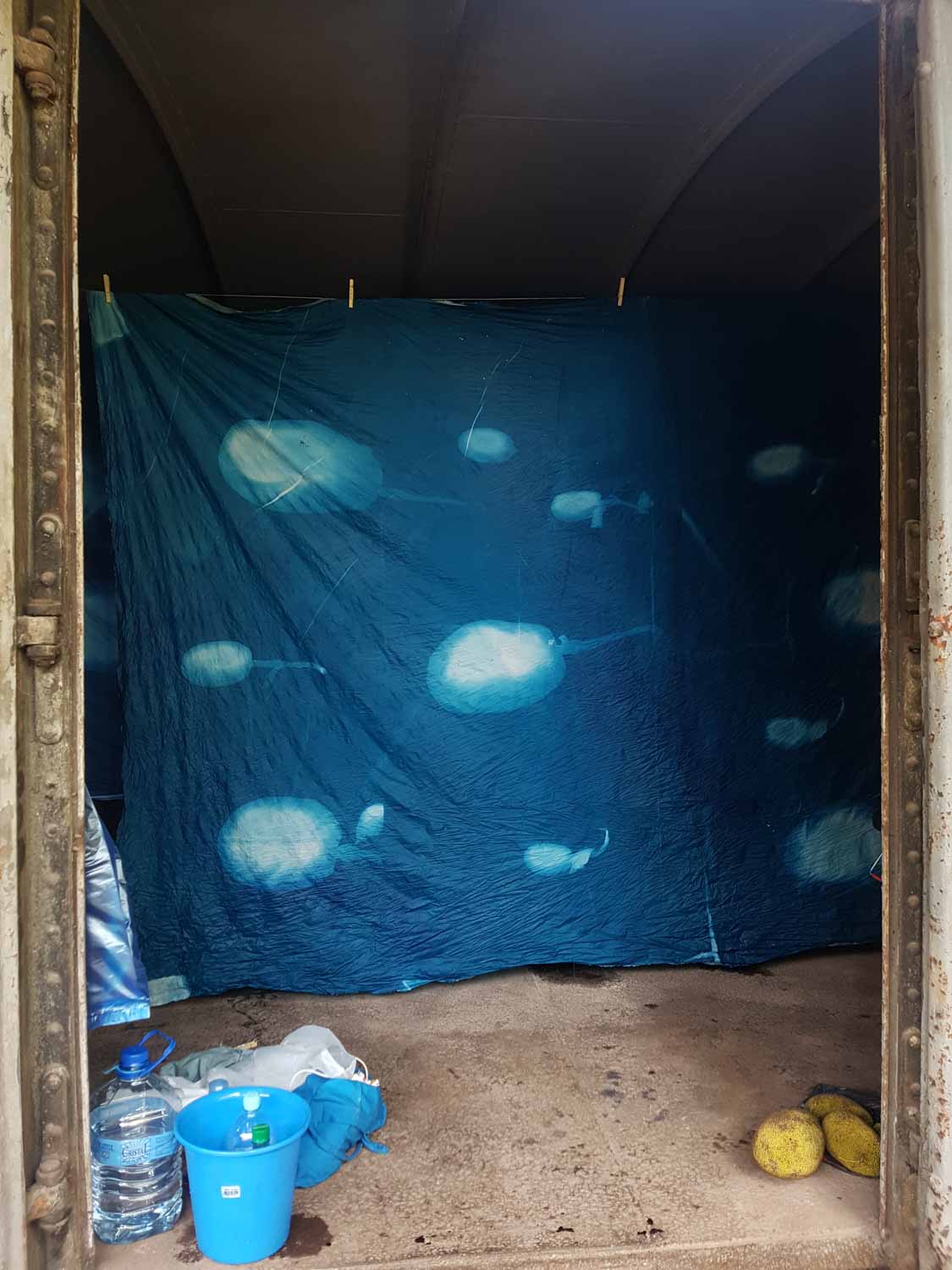 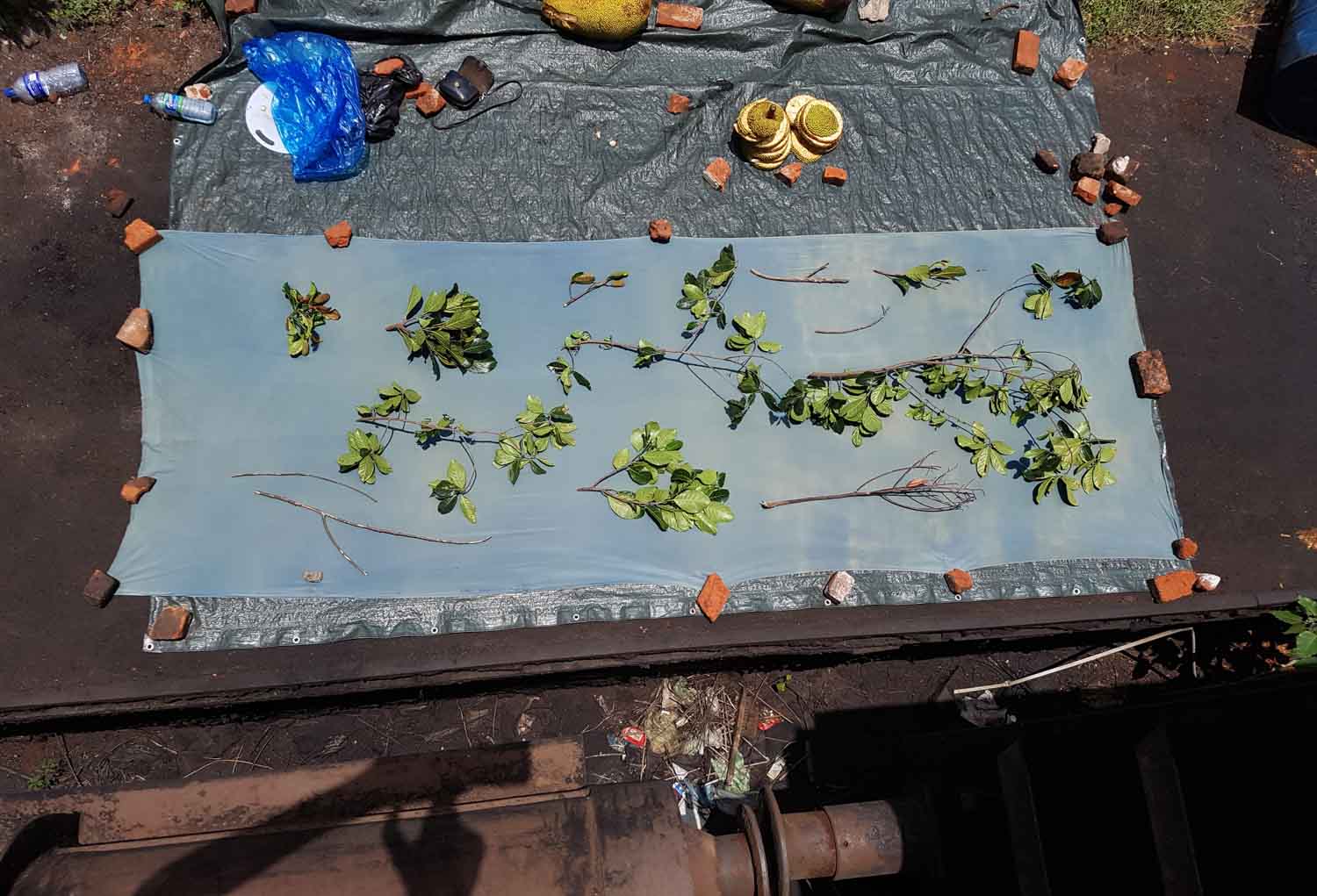 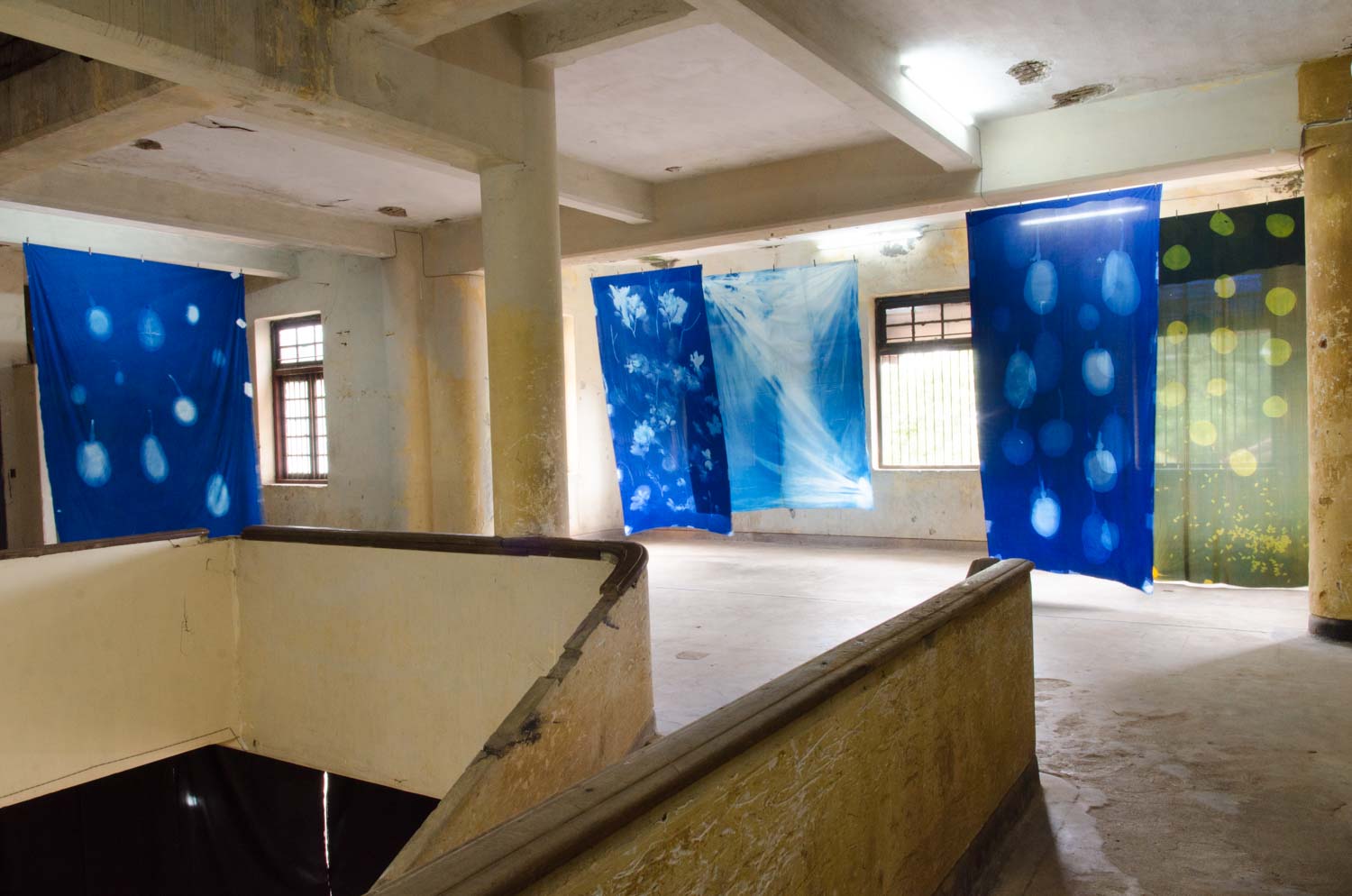 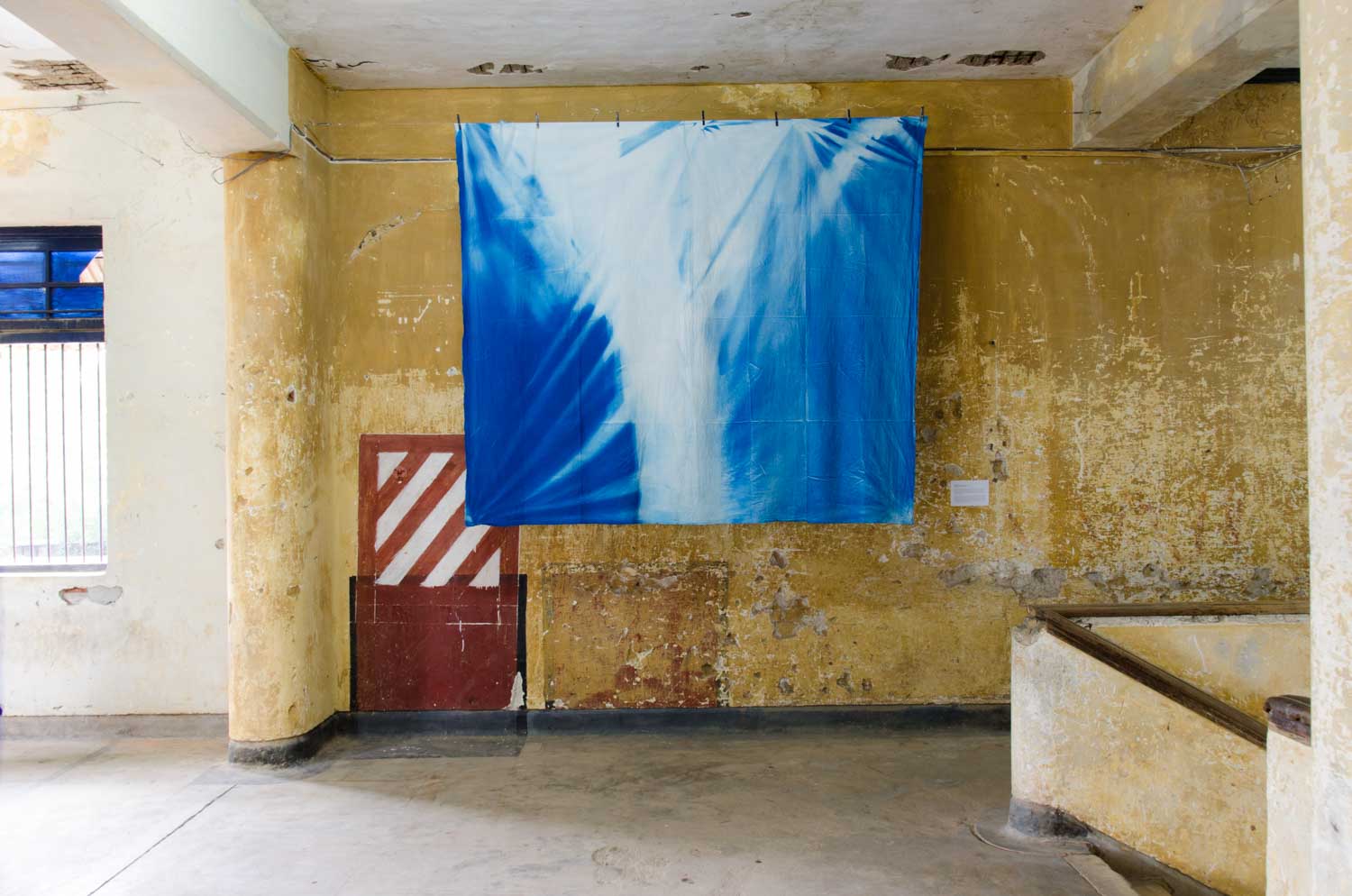 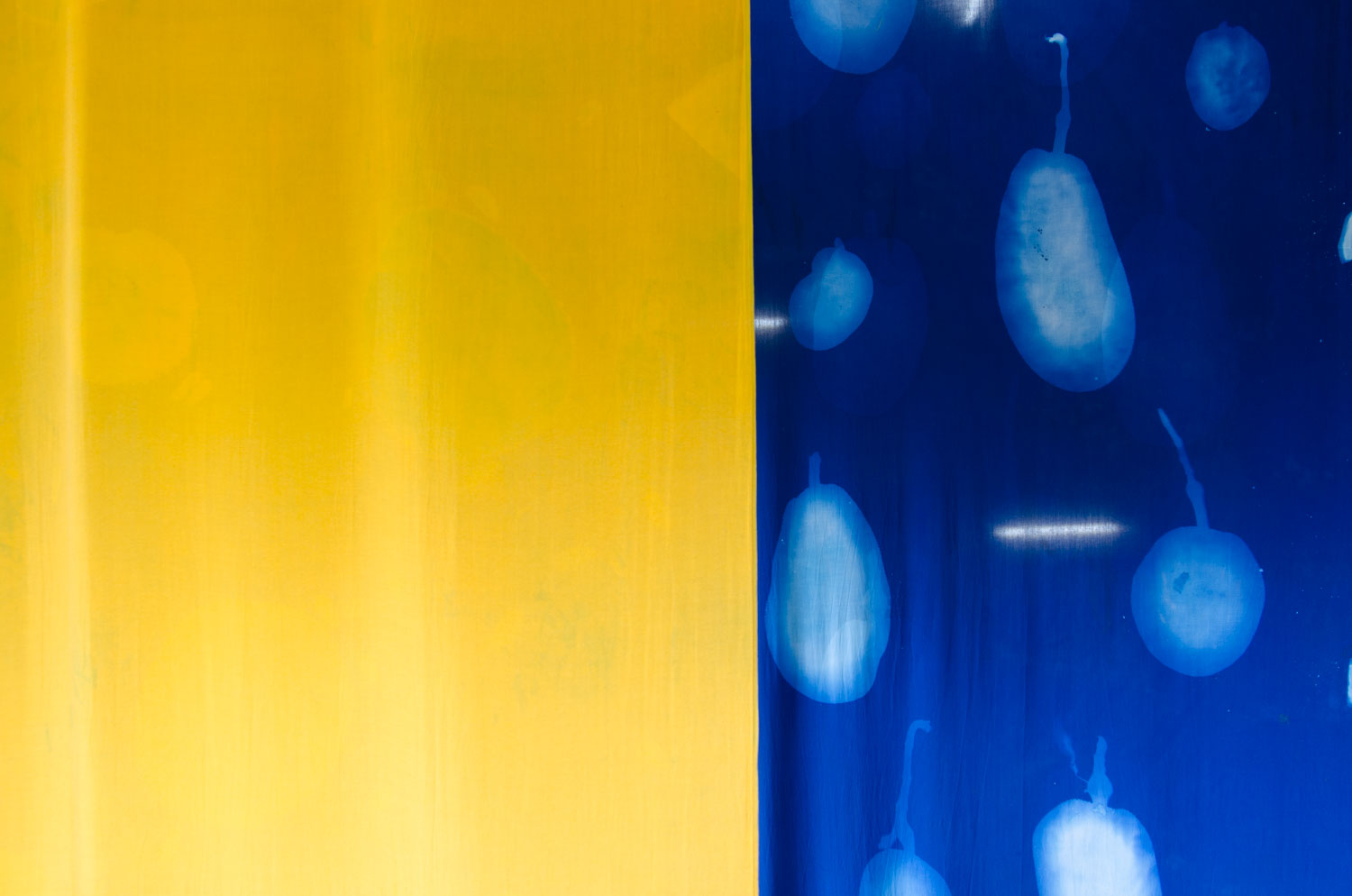 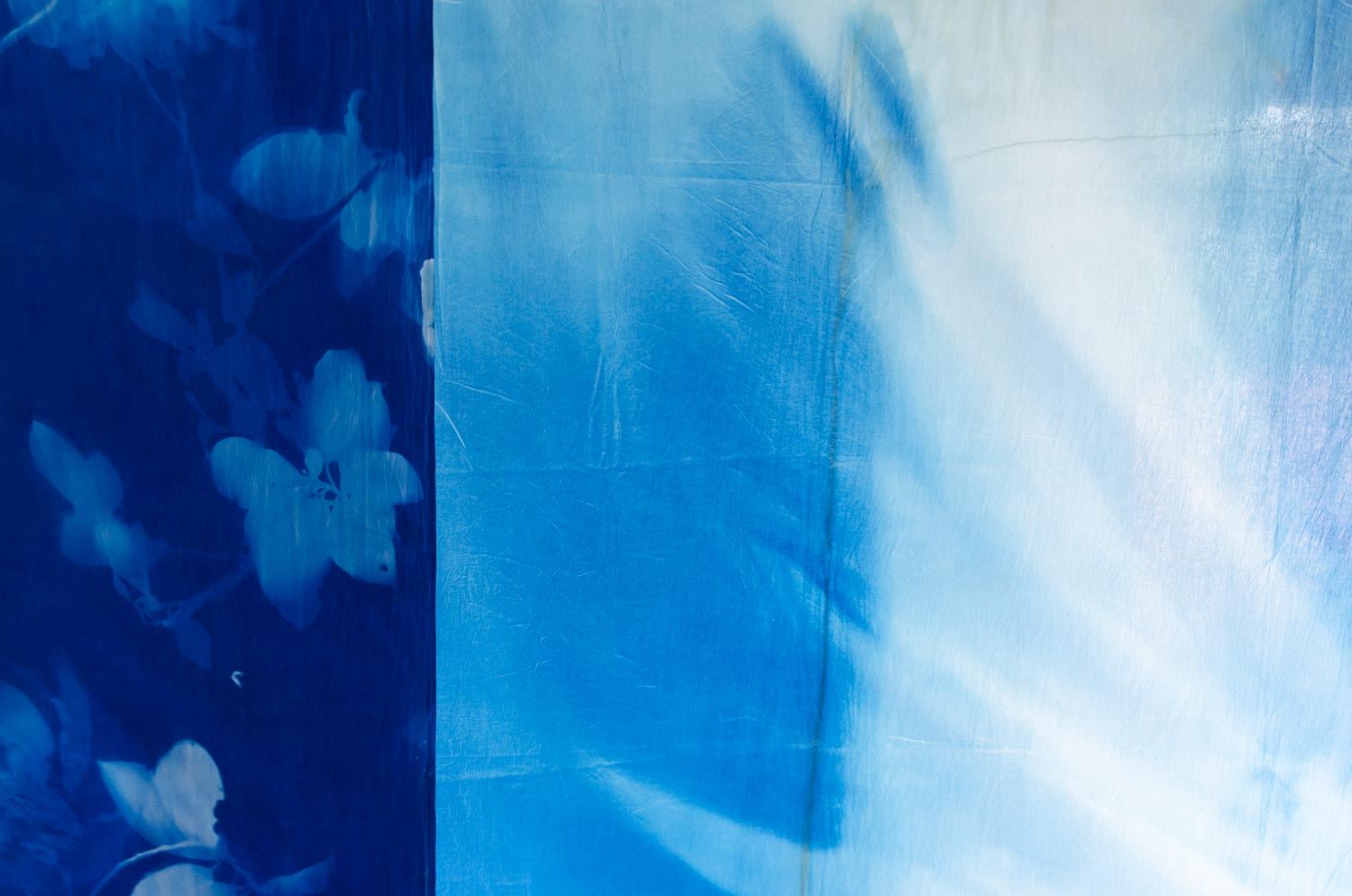 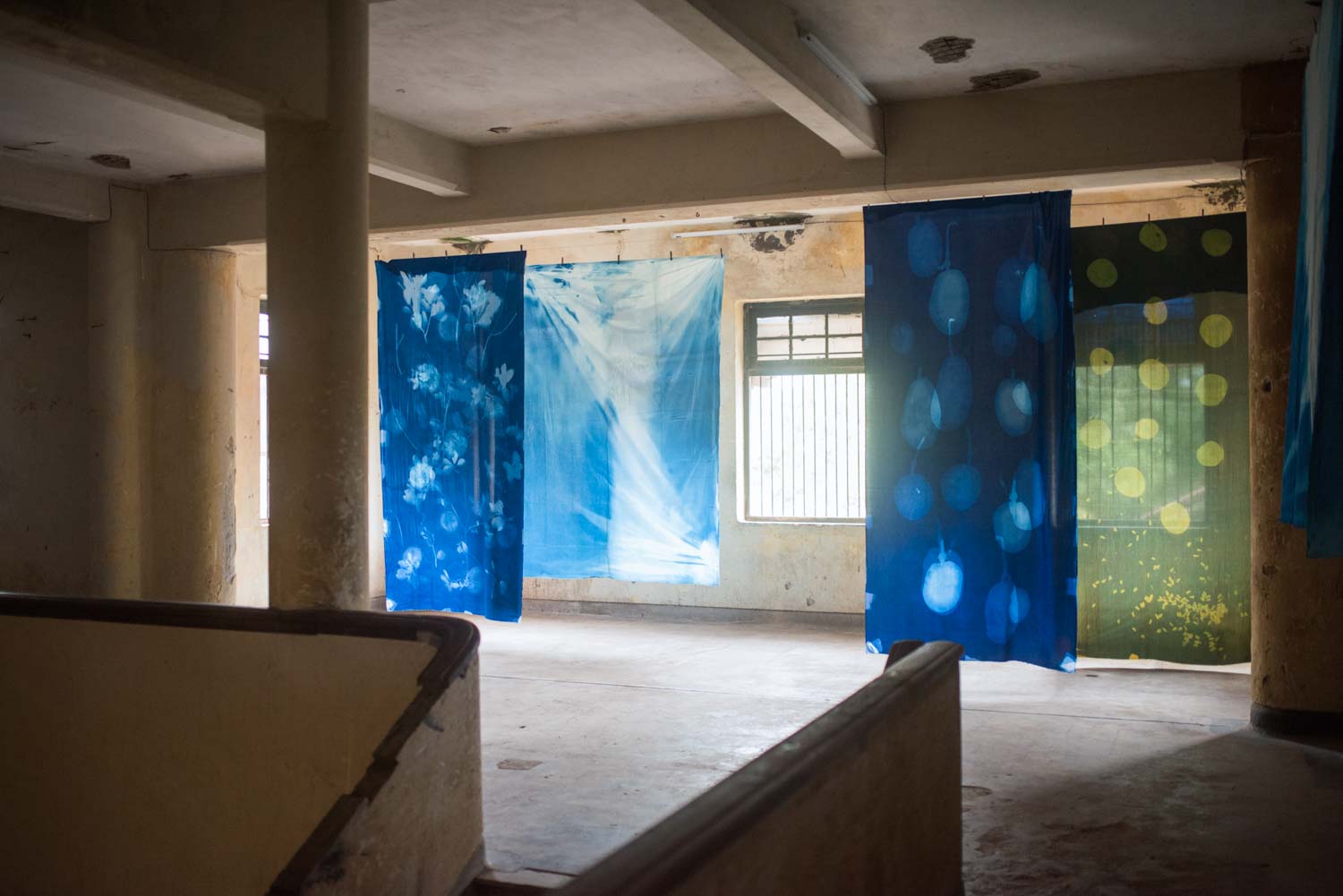